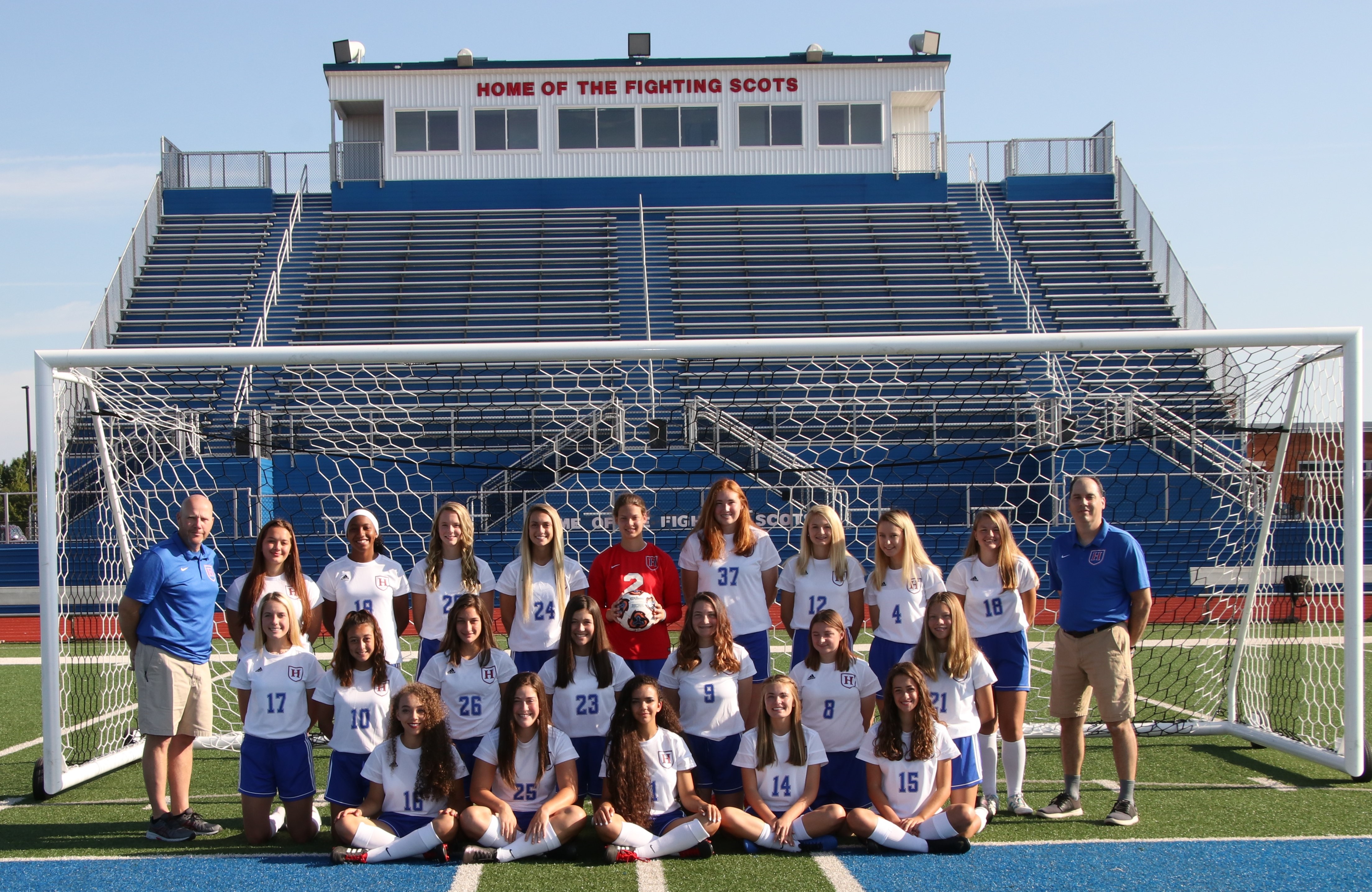 The Fighting Scots traveled to Franklin Heights to take on the Falcons tonight. The match started with the Scots giving up a goal in the first minute of the action. However, the slow start for the Scots did not last long. The Scots used an attacking defense and offense to take complete control of the match, leading 8-1 at half-time. The unselfishness of this team was once again on display as 7 different players found the back of the net. Jade Disbennett (4), Emma Hinkle (2), Izzy Arnett-Tomasek (2), Jada Mullins (2), Destiny Carpenter (2), Cori Milburn (1) and Peyton Carpenter (1) all contributed to the offensive attack. The Defensive was also up to the task of stopping the fast and aggressive forwards of Franklin Heights. Their communication and physical play continued to enable the Scots to maintain a comfortable lead. The Scots return to action on Tuesday September 8th at River Valley. Game time set for 5pm. #GoScots